One of my favorite items in the Leader each week are the police and sheriff’s logs.

But if you think we have oddball, bizarre behavior around here that challenges law enforcement, consider …

One of my favorite items in the Leader each week are the police and sheriff’s logs.

But if you think we have oddball, bizarre behavior around here that challenges law enforcement, consider these well-written police-blotter items that appeared in the Arcata, Ca., Eye:

— “An officer was hailed at the Community Center by a woman who had been approached by a man who said he needed help with a ‘groin injury.’ But before the officer could address the crotch crisis, the woman left, as did the groin whisperer.”

— “A bearded ’n’ beanied man fled a Uniontown variety store with the succulent innards of a wine box – the plastic bladder of vino. Caught, arrested, banished and jailed.”

— “Three snoopgaloots – those being slithy toves who forego cover of darkness and do their hunting for fungible items in cars during daytime – were reported rooting around in a Valley West motel parking lot. They wandered off before police arrived.”

— “The one-wayness of the streets in the couplet at Foster, Eastern and Western avenues is not universally observed. One pedestrian reported that he always confronts cheaty-sneaky drivers on Foster Avenue who blaspheme traffic-calming religion by not going The One True Way.”

— “As a woman made her way across the Plaza to work, a non-gentleman unveiled his ghastly reproductive equipment, providing fellow slouchabout-sophisticators a moment of hilarity.”

— “Last year’s podiatrist-without-portfolio has re-emerged, his enduring mission: to fondle the feet of women in Valley West. He’d importuned women to massage their feet using various ruses in the past, and now had a new one: He’d attended some classes at a reflexology center without formally enrolling in the course, and now was approaching women in a Valley West parking lot and offering reflexology treatments.”

— “Have family disputes ever been successfully resolved via high-volume exchanges in gas station parking lots?”

— “An officer was hailed outside a Plaza shop, where an Arts! Arcata celebrant had nourished the exclamation point part of the event’s name with alcohol sufficient to badly boggle his brainpan.”

— Closer to home, the Page 1 photo in the Port Angeles daily last week was of a guy named John Mauro winning the Olympic Discovery Marathon. But nowhere in the story was it noted that that the runner is also Port Townsend’s city manager. Seems worthy of at least a mention, n’est-ce pas?

— Good weather for University of Oregon supporters: Quite the historic rainstorm here recently, a blue-hole reversal that caused PT to absorb 1.75 inches … twice that registered at Sequim. The floor of the Co-Op was flooded! Or “moisturized.”

— A jarring story in The Guardian last week, new research saying the expected 9.0 quake at the Cascadia subduction zone won’t just cause a predicted 100-foot tsunami here, but one possibly, egads, 200 feet. We live at one of the highest parts of PT, around 200 feet above sea level. But even up here, our own floors could also be “moisturized.”

— Also along seismic lines, San Francisco comic Will Durst jokes, “Our drunks in San Francisco are very earthquake-conscious: They sleep in doorways.”

— New Yorker humorist Andr Borowitz says Fox News “has been unable to air the Jan. 6 hearings owing to reruns of the Benghazi hearings.”

— Comedy writer Gerard.Mulligan: “If my call really were important to you, your on-hold music wouldn’t be Tony Orlando and Dawn.”

— I grew up surrounded by guns. But they were locked up … in the armory, on the Army bases where we lived. (My father was a career officer.)

— Welcome to civilization: The first question you’re often asked by Canada Customs when you cross the border is, “Do you have any firearms?” Robin Williams: “Canada is like a really nice apartment over a meth lab.”

— Finally, remember that laughter is the best medicine. Unless, that is, you have broken ribs.

Know what? You only do what you can do | Life in Ludlow 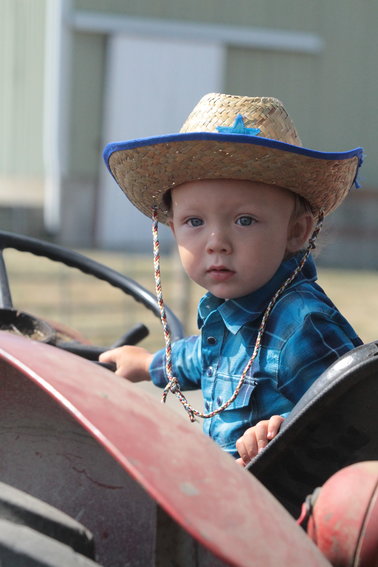