Step Up with This Adaptive Shoe

Adaptive apparel is designed for people with physical disabilities or limited dexterity, who may have trouble dressing or manipulating closures like shoelaces, but kids also benefit from the zipper fastening design.”
First Fed Sponsored Content

As kids head back to school in new shoes, a unique footwear design developed here in Washington continues to gain popularity. BILLY Footwear offers a unique, innovative zipper closure that is both fashion-forward and adaptive-friendly. Both children and adults have embraced the easy-to-wear style.

Adaptive apparel is designed for people with physical disabilities or limited dexterity, who may have trouble dressing or manipulating closures like shoelaces, but kids also benefit from the zipper fastening design. According to the CDC, nearly 14 percent of adults have a mobility-related disability, yet mainstream retail has been slow to provide fashion-forward adaptive options. Washington native co-founders Billy Price and Darin Donaldson have aimed to change this by developing an inclusive shoe design with universal appeal.

An Idea with Sole

Shortly after attending the University of Washington in 1996, Price fell out of a three-story window and broke his neck, paralyzing him from the chest down. The lack of options in adaptive footwear left him with the choice of wearing unfashionable Velcro or needing assistance putting on laced shoes. He wanted shoes that he could put on independently with his limited mobility, but that was still fashionable enough to enjoy wearing.

In December of 2011, Price pitched an idea to his friend Donaldson, who happened to be working on a shoe project of his own. With this idea in mind, Donaldson created an illustration that later led to a physical prototype. When the prototype was presented to Price, it marked the first time Price was able to put his shoes on by himself in eighteen years. The moment was so special, the two knew they had to share their design with the world. BILLY Footwear was born. 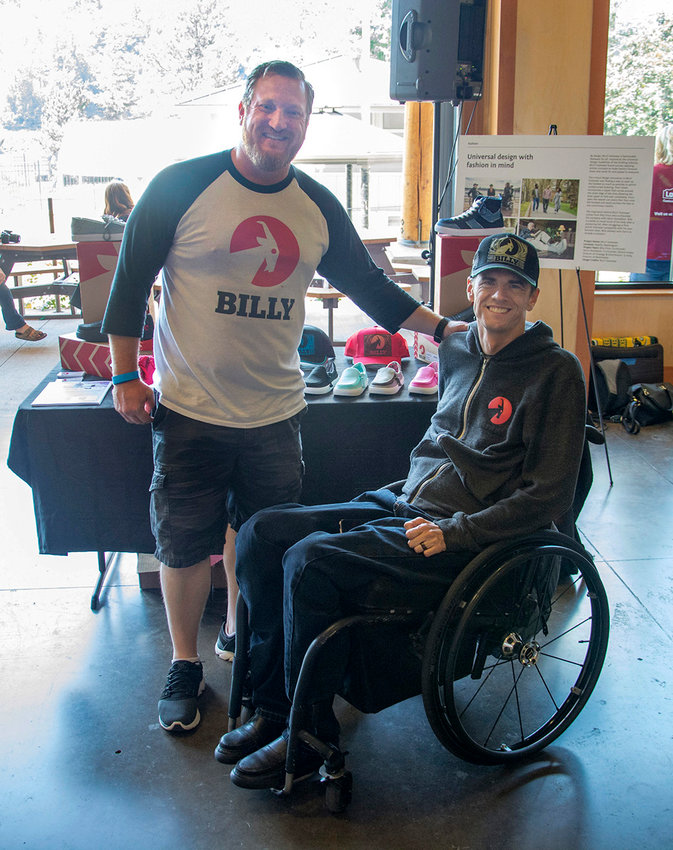 While zippers on shoes are not a new concept, using a zipper to completely expose the footbed was a revolutionary step forward in accessibility. When the shoe is unzipped the upper half of the shoe folds over, allowing the wearer unobstructed entry to set their foot down on the insole. If the shoe has laces, they can be tightened to adjust the fit. Once you have that perfect fit, you leave the laces tied and use just the zipper to take the shoes on and off. 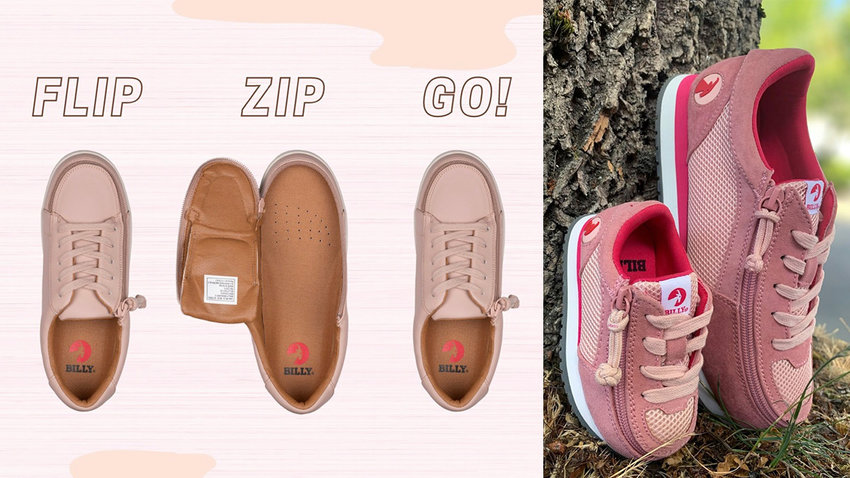 Adaptive zipper closure design for both kids and adults.

When the Shoe Fits

The initial success of the shoes encouraged BILLY Footwear to continue to expand their business so they could reach more people who could benefit from the design. They had previously tried to get an SBA loan without success, but as their business began demonstrating a continued growth trajectory, they needed a banking partner who could help them facilitate the loan.

“The market for these shoes was there,” explained Price. “We needed a loan to expand our product line and get it out into more of the marketplace.”

“We were impressed with their innovative product and solid business plan,” recalled Jason Gill, a senior commercial relationship manager at First Fed. “It’s a pleasure to help local PNW businesses get the funds they need to continue to grow and succeed in new markets.”

With the additional funds, BILLY Footwear was able to expand its product line and move into a larger warehouse to accommodate the volume of shoes needed to meet current demand and have room to grow. As demand for the shoes has continued to grow, they have future plans for a second location in the Midwest to be able to ship inventory faster.

“Jason and the team at First Fed have been incredibly supportive throughout this process,” added Price. “It was refreshing to build a relationship with a banker that felt like a friendship, instead of the revolving door of people you work with at most banks.” BILLY Footwear was recently featured in First Checking campaign, which demonstrates the shoes in action.

A Fashionable Foot in the Door

BILLY footwear made a splash on the big screen when their red sneakers were featured in the blockbuster film Ghostbusters Afterlife. The adult version is sold out but kids' sizes are still available.

This past summer BILLY footwear was approached by Zappos to create an exclusive shoe design commemorating the 2022 Special Olympics, which they sponsored.

We had a lot of positive feedback on our colorful sneaker for the Special Olympics. The only issue was that people wanted it in adult sizes, and this design is only available for kids, explained Billy Price 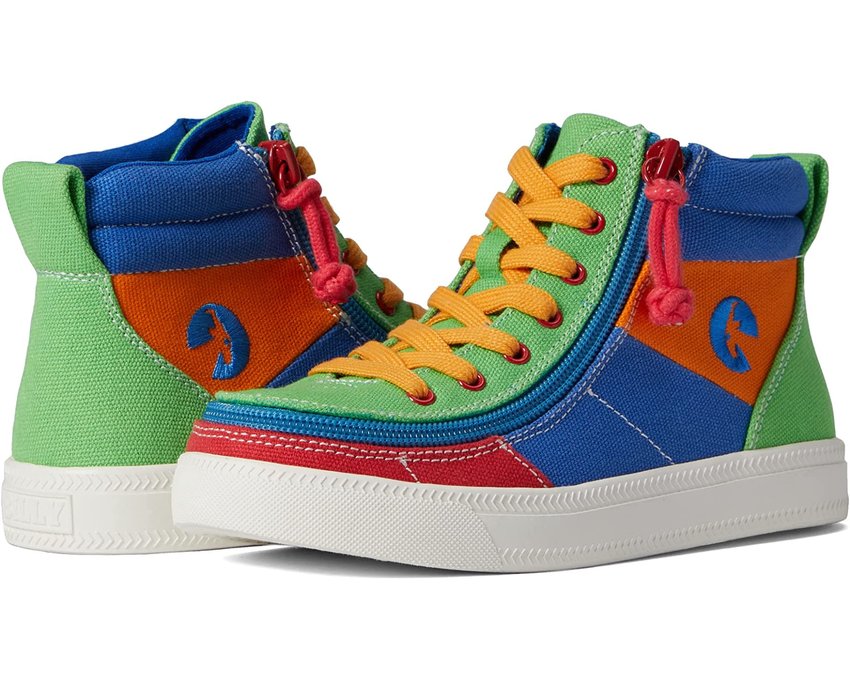 Being fashion-forward was always important to the BILLY Footwear team, so their shoes could be enjoyed by anyone, regardless of their physical ability. Both kid and adult styles come in a range of colors, patterns, and designs that are as fun to wear as they are functional. From sneakers to snow boots, their range of styles offers something for everyone.

“We want people who wear BILLY Footwear to feel trendy and confident,” explained Price. “You should not be forced to choose between fashion and function. Our goal is to create and offer shoes that everyone wants to wear—rooted in universal design and inclusion—that can accommodate all audiences. Those that need the function are empowered. But let’s be honest, everyone loves a convenient shoe.”

BILLY Footwear shoes can be purchased through their website: billyfootwear.com

First Fed is a Member FDIC and equal housing lender

Rangers roar past Lions in varsity football
The Quilcene Rangers recovered from last week’s loss in boys varsity football against Entiat with a big 60-12 win on the road Friday in Concrete. The Rangers caged the Lions 60-12 to improve …

UPDATE | Man shot in Brinnon by police was wanted on allegation of child molestation
Law enforcement had been searching for Timothy Colin Connor in the hours before he was fatally shot by an officer in Brinnon last week, the Washington State Patrol said Friday. Connor, 49, was …